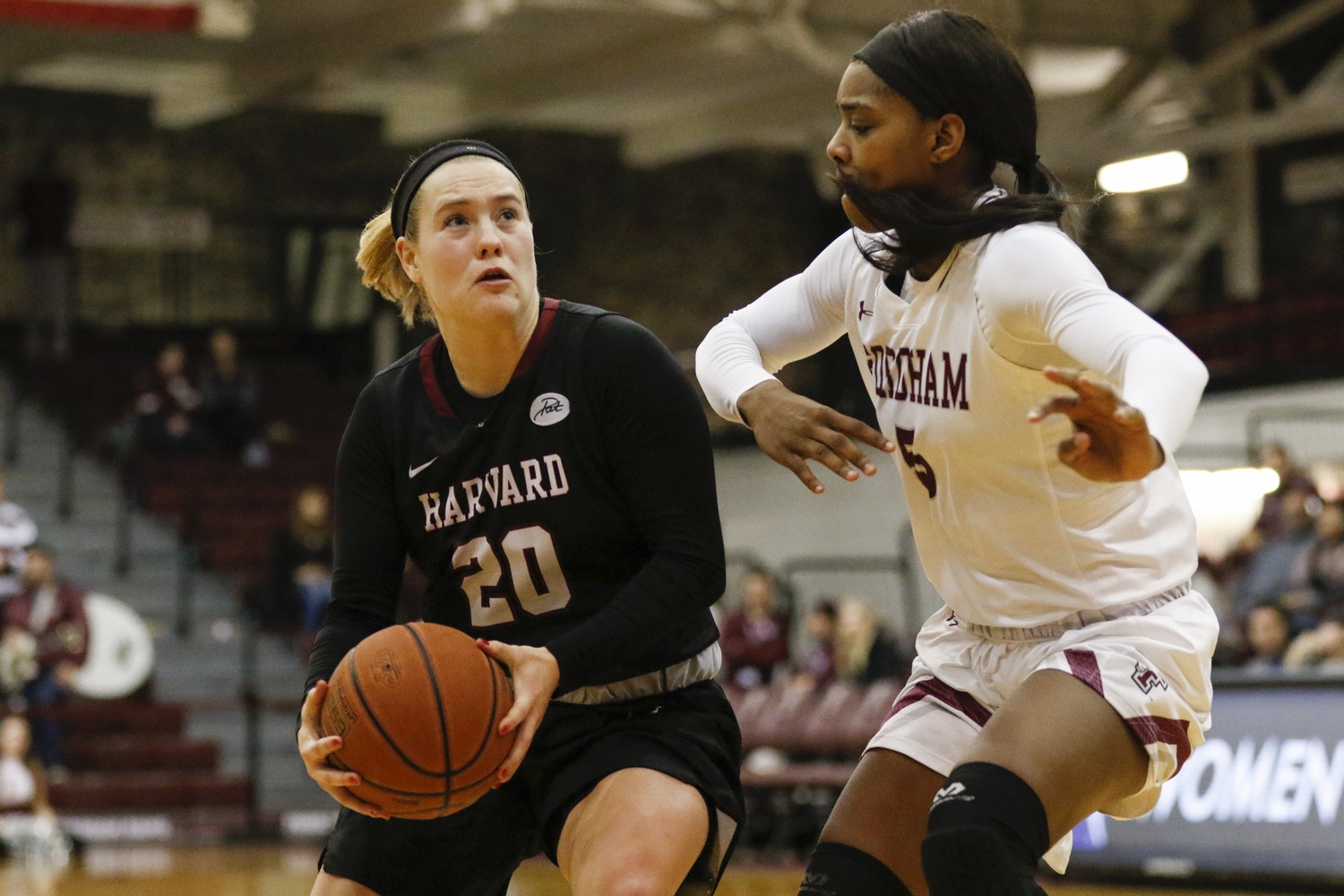 The season for Harvard women’s basketball will have no “wading in” period. The Crimson do not have an exhibition or soft matchup to start the year with its feet firmly planted. Far from it, in fact, as Harvard will be travelling to South Bend, Ind., for its first game of the year, taking on the Notre Dame Fighting Irish — the number one team in the country.

Notre Dame is not only ranked the best team in the country, but it is ranked as such unanimously. The Fighting Irish received 31 of 31 possible first place votes in the AP Preseason Poll. The reigning national champions return a number of stars, most notably senior guard Arike Ogunbowale. The senior was the Most Outstanding Player of Notre Dame’s tournament run, hitting game winning shots just before the buzzer in the semifinal and final game to give the Fighting Irish victory.

Despite its formidable opponent, Harvard sees its opening test as preparing for the first game of the season in any year.

“It’s awesome to go out there and play in that historic court and play against that historic team from last year, it’s just an incredible moment,” junior point guard Katie Benzan said. “But we can’t look at them as celebrities or anything like that, we have to look at it as another game and take it one possession at a time.”

These possessions will often fall on Benzan, the Crimson’s point guard and its top scorer from last season. Not only did she set the pace for the offense with ball-handling, but Benzan also set Ivy League records last season from behind the arc.

Moving inside, Harvard will hope to capitalize on the gained experience of its inside players. Junior forward Jeannie Boehm and sophomore forward Jadyn Bush will be joined by sophomore forward Maria Guramare, returning from a missed season due to injury.

The Crimson will be led by two captains that round out the frontcourt, however, in senior guards Sydney Skinner and Madeline Raster. For Raster, the road trip to Notre Dame doubles as a homecoming. The South Bend, Ind., native attended the local Saint Joseph High School, less than two miles away from the Fighting Irish’s campus.

Suiting up for her final season and kicking off her farewell tour back home means a lot to the Northern Indiana native.

“It’ll be really fun to play in that arena and be in front of my friends and family as I wrap up my basketball career going into my final season,” Raster said. “It’ll be a really nice way to come full circle for me, so I’m really looking forward to it. I know the team is as well, in terms of getting the chance to play the best.”

It is no doubt that Notre Dame is the best, and it will take Harvard’s all in order to have a chance at competing against the Fighting Irish. The team has worked hard in the offseason, but preseason practice can only prepare a team so much for the real start of the schedule.

“I think you can definitely tell in practice it’s getting towards the point where we need to play other people,” Raster said. “You can only play against yourselves for so long. You read your own offense and sets and stuff like that, so I think from the team’s standpoint, people are really excited to go out and compete.”

The 2018-2019 schedule starts with a bang, but the road test is just the sort of competition that the Crimson are looking for.

“This year I feel our team is super competitive, so we’re excited to go out and I feel we have a lot to prove.” Raster said. “Competing and proving ourselves are definitely our big keys going into this season.”

AROUND THE IVIES: Who Cares About Politics When You Have Football?