Tom Herman snubbed from Coach of the Year finalists 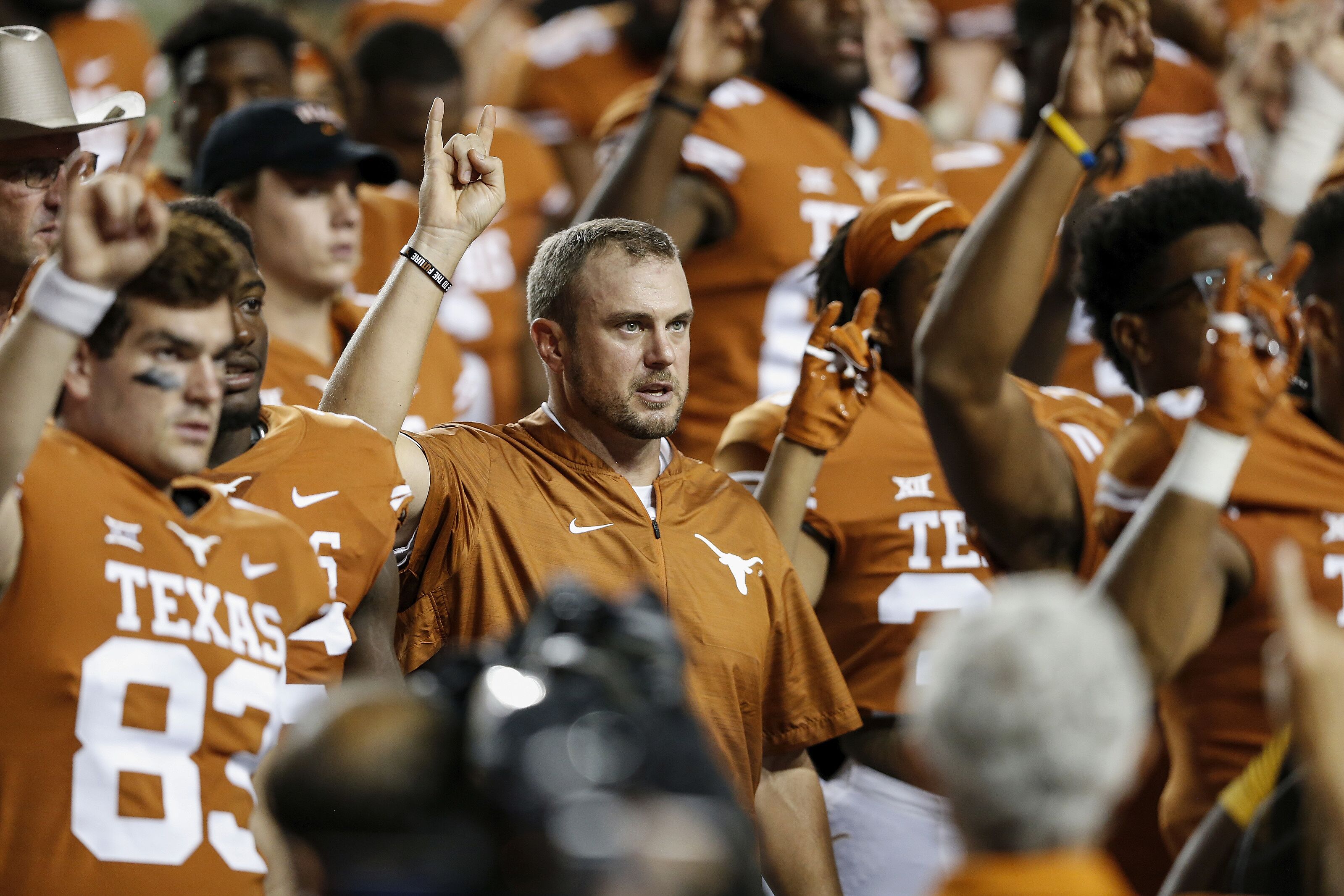 AUSTIN, TX – SEPTEMBER 08: Head coach Tom Herman of the Texas Longhorns sings The Eyes of Texas after the game against the Tulsa Golden Hurricane at Darrell K Royal-Texas Memorial Stadium on September 8, 2018 in Austin, Texas. (Photo by Tim Warner/Getty Images)

The discussion surrounding Texas football and the AP College Football Coach of the Year Award could’ve involved Tom Herman more so than it did.

On Dec. 16, the Associated Press announced its finalists for the top award that a head coach can win in college football. The 2018 AP Coach of the Year finalists include three of the nation’s top head coaches. Some of the usual names that you would expect appeared among the finalists. One of the three finalists was somewhat surprising, though. Texas football could also feel snubbed by the list of finalists.

It’s always difficult to pick just three FBS head coaches out of more than 125 programs for the AP Coach of the Year honors each and every year. There’s so many deserving head coaches of national honors that there’s at least a dozen that you could put together a solid argument for.

This year, the AP Coach of the Year finalists consistent of Brian Kelly of the Notre Dame Fighting Irish, Nick Saban of the Alabama Crimson Tide, and Josh Heupel of the UCF Knights. Saban is a usual contender for this award, and won it twice since it was first brought about in 1998. The AP Coach of the Year honors were around since the beginning of the BCS era.

In the two decades that this award was handed out, a Big 12 coach won it four times. Two of them went to TCU Horned Frogs head coach Gary Patterson. One of them, shockingly enough, went to a Kansas Jayhawks head coach Mark Mangino during his magical 2007 run. And, Kansas State Wildcats legendary, and recently retired, head coach Bill Snyder won it the first year it was handed out in 1998.

Here’s a look at some of the other deserving head coaches for the 2018 AP College Football Coach of the Year Award, and why Tom Herman of the Texas Longhorns could be included among the finalists.