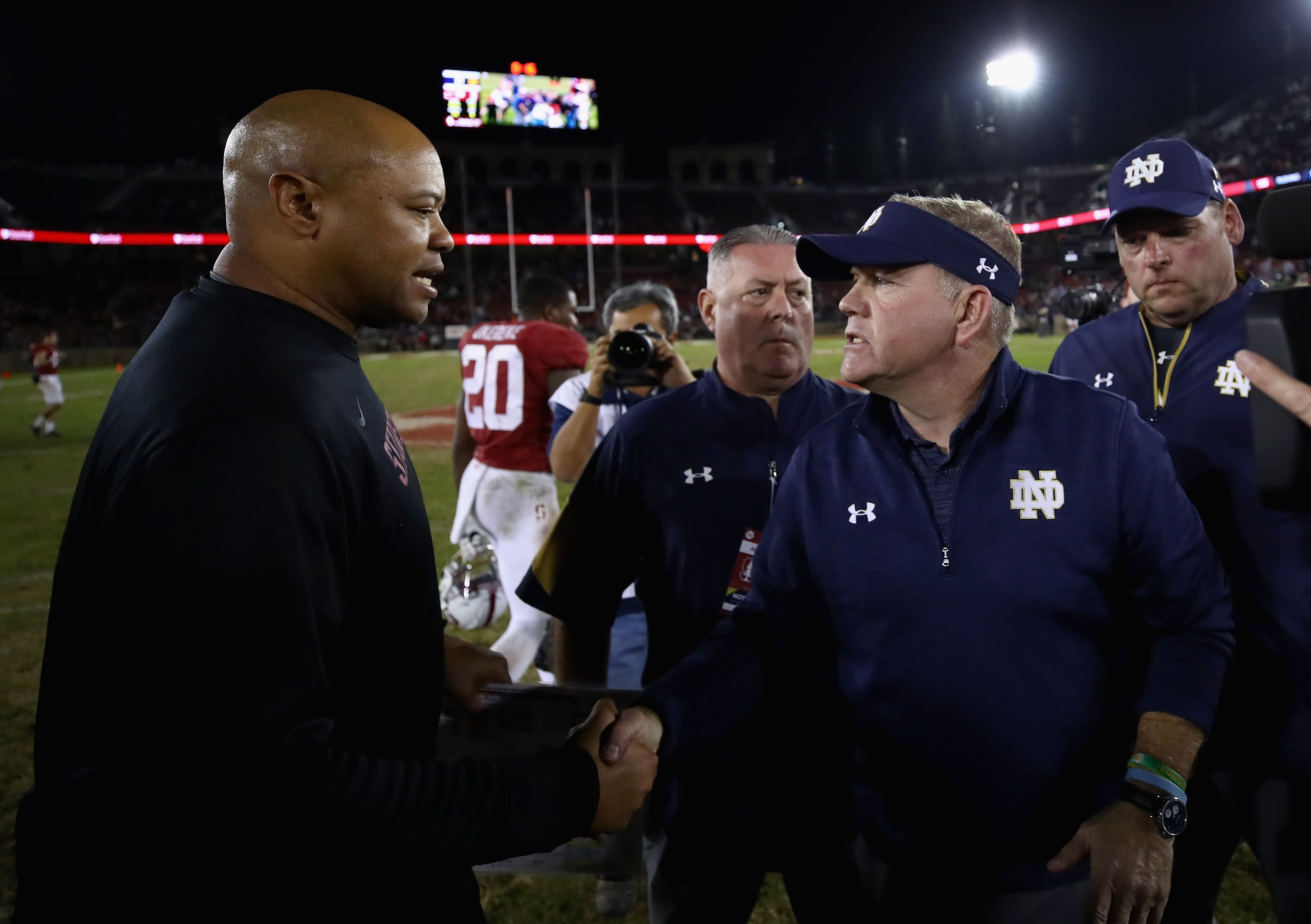 Find out everything you need to know about this week’s game between Notre Dame and Stanford.

Notre Dame and Stanford face off tonight in the biggest game of the season for both teams. Here’s what you need to know.

Following the most impressive game of the season for both teams, Stanford and Notre Dame will clash tonight in South Bend.

This meeting between 7th ranked Cardinal and the 8th ranked Fighting Irish will mark the first top 10 meeting at Notre Dame since the infamous Bush Push in 2005.

Notre Dame and Stanford are no strangers to each other, as this will be their 31st meeting. Notre Dame leads the series 18-13, but Stanford has won three consecutive games.

Both teams are coming off hot performances. Notre Dame hammered Wake Forest 56-27 in a game that directly resulted in Wake Forest’s defensive coordinator being fired.

Stanford had an incredible comeback win (or incredible Oregon meltdown, depending on how you view things) by beating the Ducks 38-31 in overtime. Stanford trailed 24-7 and 31-21 at different points in the game.

This is a crucial matchup for both teams that could be considered a Playoff elimination game. There’s no doubt this will be a very physical and emotional game.

Here is everything you need to know: