In the weeks prior to the end of the college football season, Notre Dame football seemed destined for a trip to South Beach to participate in the orange bowl. But as fortune would have it, Oklahoma snagged the 4th seed in the College Football Playoff rankings. As it wouldn’t be fair to have the Sooners playing a semifinal matchup so close to home, the Sooners’ matchup with Alabama was moved to Miami.

The Irish and Tigers, therefore, have Jerry World as their stage on December 29th.

Whether or not location has anything to do with the outcome of the game is up for debate, but historically the Dallas Metroplex has been good to the Irish, while Miami… well, hasn’t. 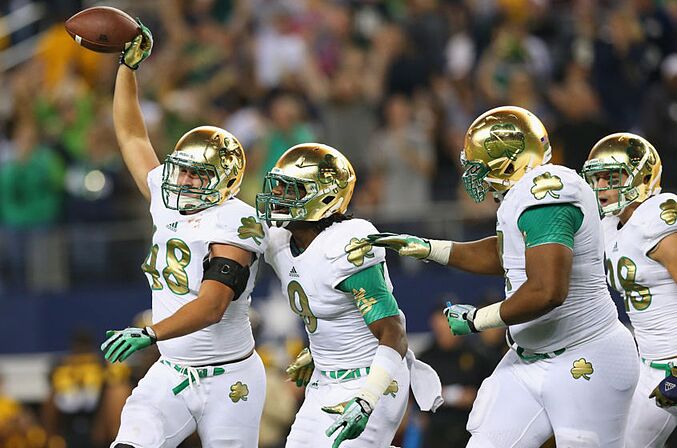 Dallas, on the other hand, has provided the Irish with a home away from home. The most recent time the Irish played in Dallas was in 2013. The Irish played host to Arizona State at Jerry World as part of their Shamrock series. (Side note: Those jerseys were straight fire.) The Irish won the game 37-34.

Next: Irish in the NFL: Nelson Makes Pro Bowl History

Who knows if a difference in venue has anything to do with how well the Irish will play next Saturday. One aspect that can’t be overlooked, however, is the potential psychological disadvantage the Irish would have to overcome had they played in Miami.