COLUMN: Men’s soccer is ready for the challenge of Notre Dame on Friday

Following IU’s 2-0 victory over Air Force in the third round of the NCAA Tournament, the IU men’s soccer Twitter account released a highlight video from the match.

At the very beginning was Coach Todd Yeagley with his players in the locker room. Yeagley, who is usually gentle-sounding in pre-game and post-game press conferences, had some oomph to his voice.

“There is no way we are not advancing today in this game,” Yeagley said. “No way!”

WATCH ➡️ Highlights from No. 1-ranked Indiana’s 2-0 win over No. 20 Air Force on Sunday. Hoosiers advance to the NCAA Tournament quarterfinals for the second-straight season for the 27th time in program history! #Q49 #GoIU ⚪️? pic.twitter.com/I1kj6PgpbU

He was right. His team stifled a high-octane offense in Air Force to advance to the elite eight. A few hours later, the Hoosiers found out who their next opponent would be.

In South Bend, Indiana, the Notre Dame Fighting Irish were fighting for its postseason hopes against Virginia. As time expired in the first overtime, Jack Lynn headed a cross into the back of the net, and the dog pile on Lynn ensued.

The in-state battle in Bloomington was made official. No. 2-seeded IU versus No. 9-seeded Notre Dame — winner advances to the College Cup in Santa Barbara, California.

These two top-tier teams have already battled it out once this season, and it lived up to the numbers next to each school’s respective names.

The game was played in South Bend on Sept. 11, and Notre Dame did something only two other teams have done this season — take a lead on IU.

Lynn scored in the 70th minute and the comfort level the Fighting Irish had in celebration of Lynn’s goal was quickly diminished. The Hoosiers went on a relentless attack and found an equalizer just eight minutes later as senior Trevor Swartz found the head of sophomore AJ Palazzolo.

The teams went to overtime tied 1-1. Two minutes and 17 seconds into the extra period, Swartz sent in a corner that sophomore Justin Rennicks finished off to seal the 2-1 victory.

There was some controversy surrounding whether or not Rennicks was offside on the goal, but that doesn’t matter anymore. In fact, IU’s victory over Notre Dame doesn’t matter anymore. The only thing that matters is that the game was played, which allows IU to go look at the tape and find things to improve on to make sure it doesn’t find itself down Friday.

On the other hand, Notre Dame will also be able to study the match and try and figure out ways to best IU.

Who has the advantage this time around? The answer is simple. IU.

The Hoosiers haven’t lost a game since Oct. 3 and have been on an offensive tear as of late, scoring two or more goals in each of the last three games. They are healthy and a much different team than the last time they played Notre Dame.

In South Bend, Notre Dame seemed in control throughout the match and it wasn’t until the last 30 minutes that IU looked to be on the front foot. In IU’s recent stretch of victories, it has established itself early in the game.

“We like to put our stamp on the game as early as we can,” Yeagley said. “Our plan is to make them feel uncomfortable.”

Notre Dame plays a strict 4-4-2 formation, something Swartz said he’s seen them play ever since he was a freshman at IU.

“When you play that system, there’s a lot of gaps and half-space in between their lines, so you just got to play one-two touch and play quick soccer to find space,” said Swartz, who had two assists in the first meeting.

Despite the game plan, knowledge of opponent and home-field advantage, it doesn’t mean it will be a walk in the park for IU.

Like IU, Notre Dame hasn’t allowed a goal in the postseason. The Fighting Irish have already been through sudden death scenarios with penalty kicks against Michigan and overtime against Virginia and have many talented scorers in the lineup.

Sophomore goalkeeper Trey Muse said the talented offense doesn’t change his approach to the game. In last year’s elite eight, IU defeated Michigan State in penalty kicks after some heroic saves by Muse. The team and the fans rushed the field after Muse made the last save.

It’s an experience multiple Hoosiers call their favorite moment, and Yeagley said there’s nothing better than celebrating a trip to the College Cup with your home fans. 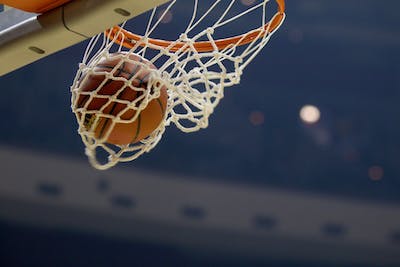 Jackson-Davis also signed his National Letter of Intent to IU. 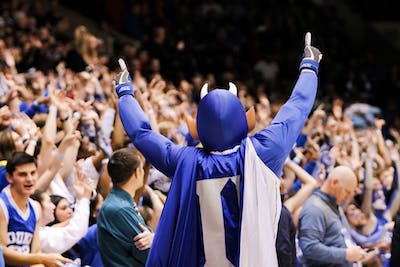 All 9,314 seats were filled in Durham, North Carolina, for Tuesday night’s IU loss. 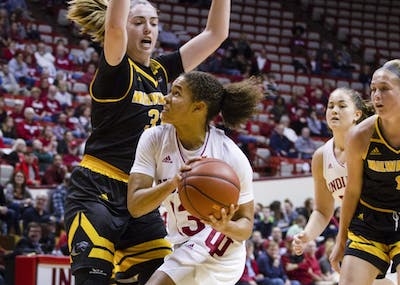 IU won in the ACC/Big Ten Challenge and now looks to pick up a win at UCLA.